A Locals Guide To Niseko

Nickie: Hi John and Paul! Firstly, thank you for taking the time to chat with us about life in Niseko and your amazing business. To get started, I was hoping you could tell us a little bit about yourselves and your backgrounds?

John: I’ve been in Japan since 1998 after moving over from the UK. I was in Tokyo working in universities and I wanted to get back into business, so I studied for an MBA then moved to Niseko. I did work in project management and real estate, and then 6 years ago began to work in a management business. I always had a huge passion for beer I suppose from my time in the UK and the marvelous memories of driving out into deep Surrey or Kent from where I lived in south London to discover the local brews. I always missed that sense of beer attached to the place that we have in the UK, so we have been delighted to be part of the development of that trend in Japan and especially where we are based in Hokkaido.

Paul: I came to Japan for the first time in 1988 as a little league baseball coach to attend an international baseball tournament and have been here ever since. I went the Japanese language school in Sapporo for a year, before working at the Sapporo Renaissance Hotel and Royce. I then started up a simple rotisserie, which in turn led to the opening of Paul’s Café (Belgian beer restaurant) in downtown Sapporo – we had our 15th anniversary last December. 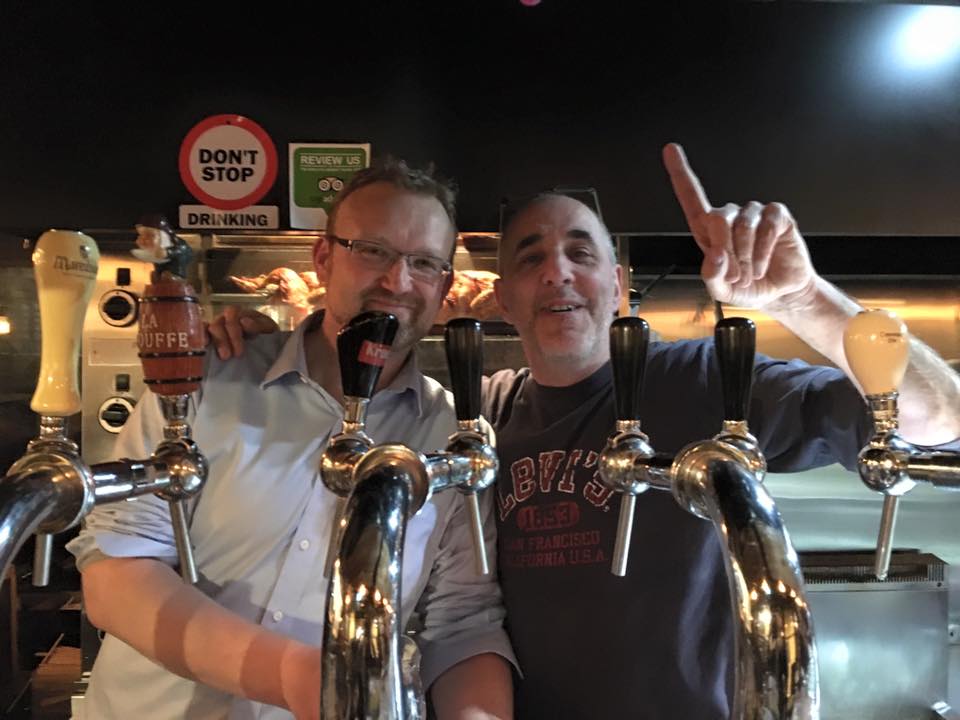 Nickie: Congratulations! So, you’ve both been in Japan a while now, what led to the opening of Niseko Taproom in 2016?

John: Fate and circumstance. First the beer. Niseko Brewing had opened down the road from my house in 2014 and I quickly became a keen customer and a big fan of the beer and the fact I finally had a ‘local’ in Japan. I particularly loved the Pale Ale and wanted to help the brewery distribute it more widely and for others to enjoy the Niseko beers which are all great. I met Paul at his bar, Paul’s Café in Sapporo, early on in my time in Niseko when I was seeking out great beer – which is a constant pursuit of mine. We bonded straight away, and I attended some of his Belgian beer events. Paul then began to do more consulting work in Niseko, and I got to know him better.

Nickie: Did the idea spark over beers?

John: Well, a good friend – Nicolas Gontard – was developing Odin Place in the middle of Hirafu and when I said I might be looking for a business opportunity he mentioned there was a space left in the building. The rest is history I guess – I did think about doing it by myself for a millisecond and then quickly realized I should partner with someone who actually knows how to run and bar and restaurant. Plus cook rotisserie chicken! Paul was the guy. 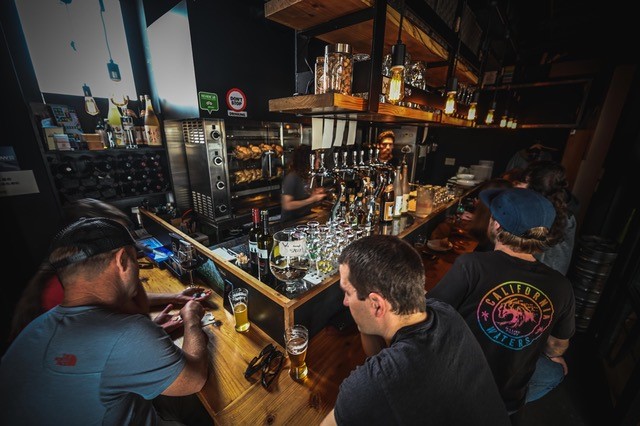 Nickie: Your rotisserie chicken really is something else! We were in Niseko earlier this year hosting a charity ski challenge and the Taproom quickly become our preferred watering hole for both bar snacks and beers. What would you say your most popular craft beer is? And do you have a favourite local beer yourselves?

John: No question, the Pale Ale brewed by Niseko Beer. It is a classic Pale Ale – golden brown – not too hoppy – great nutty overtones. I think It stands up against any Pale Ale. Our customers love it because it’s made just down the road and, like all of our beers, there aren’t many places you can drink it – and certainly only in Hokkaido actually.

Paul: I’d agree the Pale Ale of Niseko brewery is very good, but I’d also recommend the Krout from Obihiro Brewery. An easy-to-drink light stout. I also really like the beers brewed at Hop Kotan in Furano.

Nickie: We had to action some serious self-control and limit ourselves to just a couple of beers each evening during the challenge! I bet you’ve seen some people leave with their beer goggles on… Do you have any particularly funny moments to share?

John: Well of course our customers usually exercise incredible restraint too! As you know we are well known for our rotisserie chicken and this year our manager and cook was a vegetarian.

John: Yes, go figure! One night a guy from Manchester (England) shouted how it was the best chicken he’d ever had and that it had been cooked by a vegetarian. There were a lot of laughs! 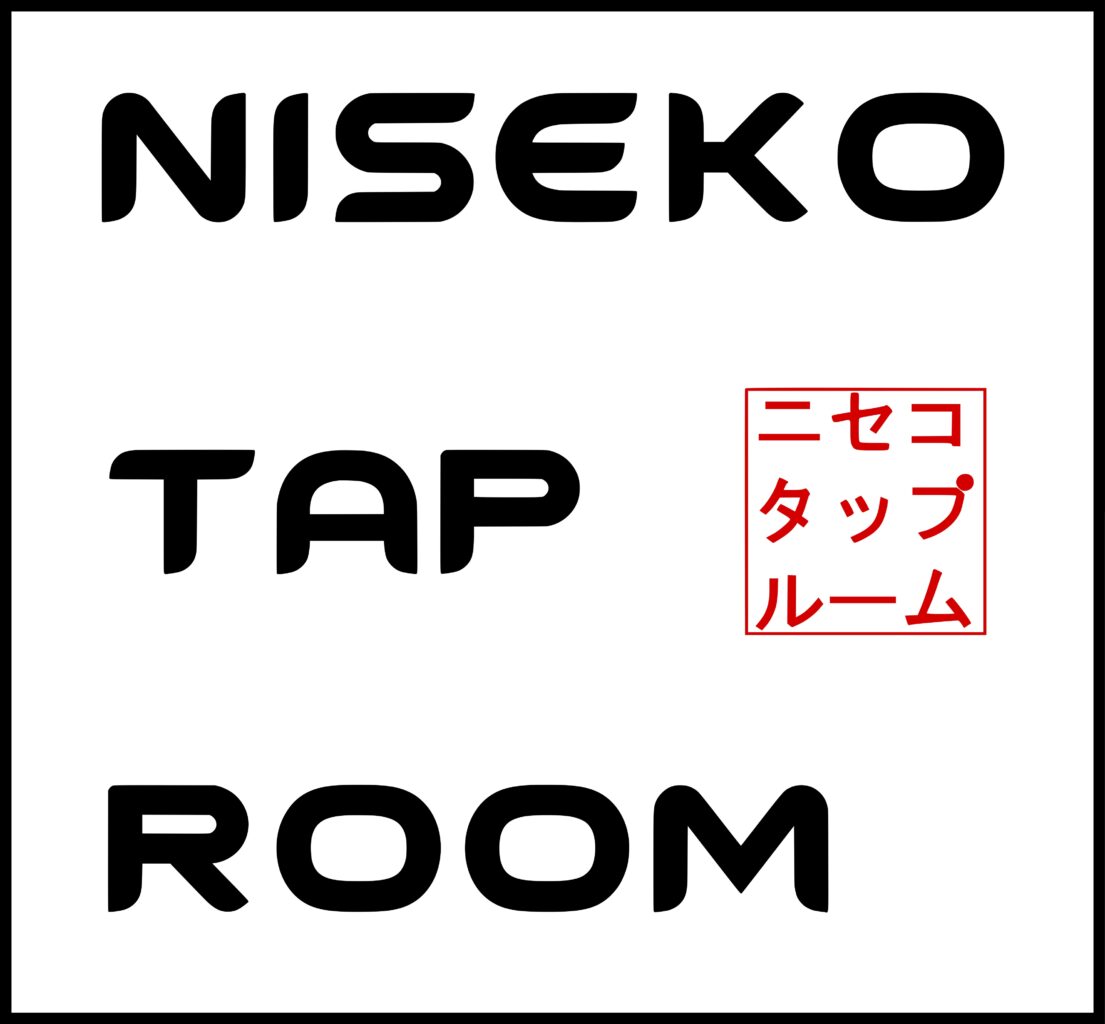 Nickie: Speaking of food… you must have quite an impressive list of bars and restaurant recommendations up your sleeve as Niseko locals. What’s your favourite spot for a more authentic meal, and perhaps where you’d find less tourists?

John: Well that would be telling of course… I personally love Pon Pon in Niseko town which is run by farmers and uses their local produce.

Paul: Going a little further out of town, I’d recommend Rusutsu Sakaba in Rusutsu. Located across the resort, they also have a good craft beer line up, a wide range of sake and a great food menu.

Nickie: I love Rusutsu’s side-country skiing. If you have friends from out of town visiting, aside from the obvious (riding fresh powder) what is the one thing they cannot leave Niseko without experiencing?

John: If we’re talking snow then I personally think snow shoeing is amazing and can open up some amazing terrain. The other one would be an onsen in an authentic place such as Yugogorite or Goshiki Onsen.

Nickie: Nicely summed up – take me there now please!! So how often do you both manage to get up the mountain? And do you have a favourite area?

John: I probably ski 5 times a season. I only started skiing in my 30s so I’m not a big backcountry person. I often find myself at Rusutsu which has good long pisted runs and it tends to be much quieter – perfect skiing for my level. I’m looking forward to when the runs open again at Weiss, as I think the skiing over there will suit me.

Paul: I am embarrassed to say this, but I haven’t skied for a very long time. 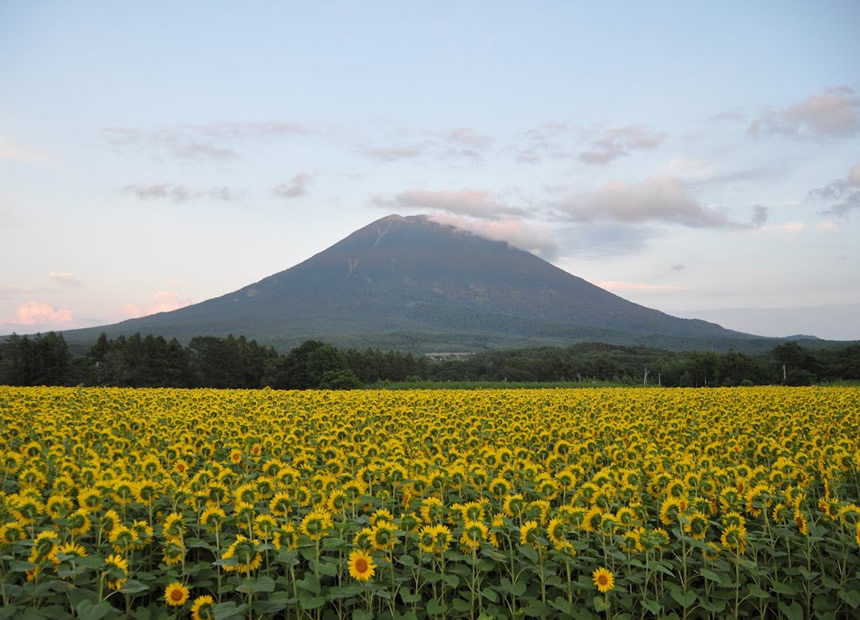 Nickie: Don’t worry, we don’t judge. So, when the snow disappears in Spring what’s Niseko like, and do you stick around?

John: I live here year-round and the green months are Niseko’s best kept secret. Great golf, climate, fresh food from the farmer’s fields, superb road trips, BBQs., rivers, wonderful cycling… I could go on! It’s a great place to be in these months.

Do you want to ski in the famous Japanese powder and finish the day with a local beer at the Niseko Tap Room? Mabey Ski LOVES Japan and is here to make sure every moment of your Japanese experience is as memorable as the last.

Mabey Ski’s adventure designers have travelled and skied all over the world to find the most unique and wonderful ski experiences on the planet. If you are interested in heading to Japan or anywhere else in the world for your next adventure, then we are here to show you how. 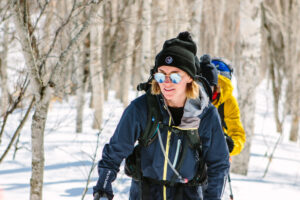 Nickie comes from 4 generations of skiers and has been exploring the world on skis since she could walk. A qualified ski instructor with a couple of seasons under her belt, Nickie joined the ski industry back in 2010 before setting up Mabey Ski in 2017. When she’s not creating new ski adventures, you’ll find Nickie exploring Whistler’s backcountry, trying her hand at ice fishing or some other activity you didn’t know existed. 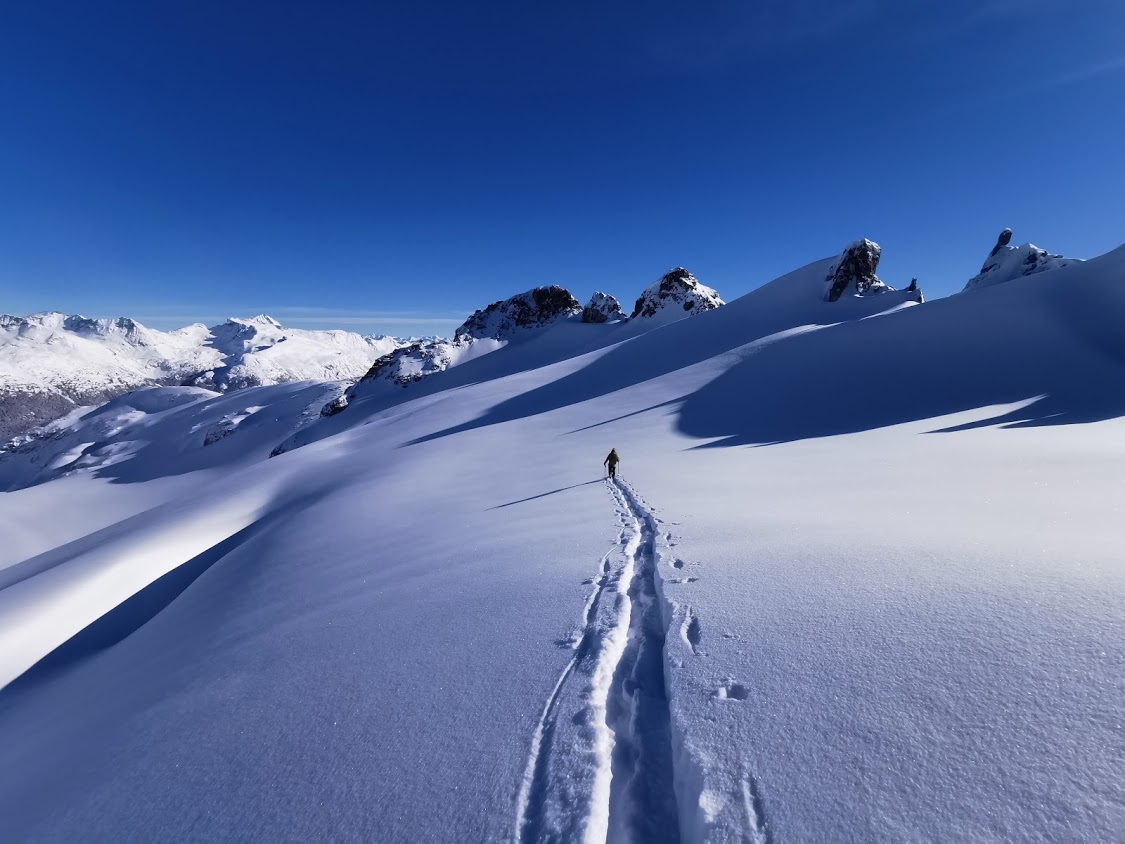